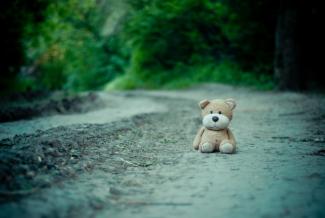 A Word on Bear Markets

A Word on Bear Markets

Bear markets tend to start slowly when most people aren’t paying attention. They decline on average by 2% a month and last for 18 months. Not this one. In about a month’s time, the markets did about 18 months' worth of declining according to the 2% rule. We aren’t going to compare this bear market to any other bear markets, because doing so is dangerous. We also aren’t claiming when we know this one will end, but do note that bear markets on average last 18 months from peak to trough. Many are comparing this to the 1987 crash, but we caution drawing comparison to any single bear market, or "crash" in the case of 1987. While all bear markets are unique in their own way, we find they tend to have commonalities.

Not only did the panic of COVID-19 weigh heavily on markets this past month, but we also saw a crash in oil prices as talks between Russia and Saudi Arabia failed, which resulted in a continued flood of supply to global oil markets. Oil, being an almost pure function of supply-and-demand responded quickly and aggressively, dropping to nearly $20 a barrel, before rebounding. The treasury markets also came under pressure, part having to do with a massive flight to safety which pushed the 10-year well below 1%, and the Fed slashing rates down to 0-0.25%

Ken Fisher, the Father of the Price-to Sales ratio has this to say about bear markets: “Bear markets are born on euphoria, grow on grinding economics, mature in recession and die in panic.” We don’t believe we got to euphoria. Just a week before the last all-time high, the AAII Investor survey showed about only 1/3rd of investors were bullish. We saw banks and economists raising their 2020 GDP forecasts that were more inline with our already bullish 2.5%+ 2020 annual GDP growth, and right at the beginning of this bear market we still had fantastic employment numbers. This will obviously fade (and already has) very quickly and aggressively when the next numbers come out. While not all bear markets are exactly the same, they have similarities. We won’t fully know what was different about this bear until it’s over.

This past week saw pressures in the commercial paper market, which resulted in the FED launching a “bazooka” at the crisis, reminiscent of then Treasury Secretary Hank Pauslon during the financial crisis in 2008. We'll add to this, saying this is a Tsunami of stimulus efforts by the Fed and the Treasury.

Expect there to still be positive real GDP growth in Q1, but a contraction in Q2 at an annual rate of around 12%. It may even be more depending on what develops. Expect “scary” employment numbers and layoffs. It may get worse before it gets better, but what we do know is that markets and humanity have recovered from great crisis before, and we expect we will come out stronger on the other side. As we cannot predict human behavior and how governments, companies and the general public will respond, we aren’t going to be surprised by more negative news or any news for that matter.

And as the markets may have priced in a worst-case scenario, they may further decline until all bad expectations have been priced in, and the markets will begin to rise. We believe this will happen before the worst of the crisis has passed, as markets are forward looking. In 2009, markets bottomed in March, but rallied more than 150% in two months even while in May 2009 the World Bank projected that global production for 2009 would fall by 2.9%, the first decline since the second world war.

At this point, it is imperative to stay the course, and trust your strategy. Speak with your advisor to address any questions or concerns you have, and only make changes to a strategy based on your situation and circumstances.

Know that in the end, I can tell you that the future will be brighter, and humanity will be stronger than we were before, and you can bet on that.

This report reflects the current opinion of Focus Asset Management. It is based upon sources and data believed to be accurate and reliable. Opinions and forward looking statements expressed are subject to change without notice. This information does not constitute a solicitation or an offer to buy or sell any security. Copyright Focus Asset Management 2019-2020.