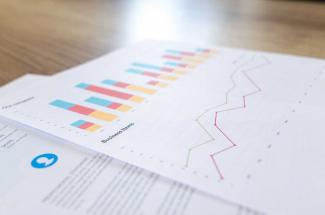 Why Stocks? And Trust the LEI

The last three weeks have seen equity investors’ patience tested, and considering the last three weeks have all ended negative in US equity markets, it’s no wonder. One large US wirehouse, who has very inaccurately been calling for a bear market recession since summer of 2018 (still no bear market), spoke with WBZ Boston this past Saturday touting the same inaccurate call citing an earnings- and a manufacturing "recession." While they may have their facts straight, their conclusion has proved wrong time and time again. (Recessions can only be determined after two consecutive quarters of negative GDP, not before). As we see it, these are just two of the many bricks to be added to the wall of worry. Pessimism like this, not only among investors, but major wirehouse economists, is actually bullish for capital markets.

To further this, the AAII Sentiment Survey last week (reported on August 15th) showed that only 23.2% of investors are bullish, meaning the remaining are Bearish (44.8%)-to-Neutral (32%). This means that investors today are 14.8% less bullish than is the average. AAII even said it themselves, “Optimism remains at an unusually low level and pessimism remains at an unusually high level for the second consecutive week…” The only way this could be more bullish would be to have % of bullish investors lower than 23.2%. Still, we consider this a very bullish sign.

Take that into account, and we will add The Leading Economic Indicator Index into the mix, or LEI for short. While the LEI declined slightly in June, it continues to be high (value greater than 50) and in a rising trend. What is the index at? 65. The LEI index takes into account leading indicators such as stock prices (since they are forward-looking 12-18 months), average weekly hours in manufacturing and several other large indicators that we will not bore you with. In sum: LEI is high and rising = more reasons to be bullish.

What’s the press been up to? It seems everywhere you look, it’s coverage on either the German Recession (which has not been confirmed yet, therefore it’s not known to be a recession), or the “inverted” Yield Curve. Yes, the 2y-10y yield curve is inverted. This is a portion of the greater yield curve, which is 3 months to 30 years. And while a yield curve inversion has preceded almost every recession, a recession has not meant a bear market. Additionally, the last time it fully (not partially) inverted was in 2006, about 2 years before the 2008 bear market recession.

But by how much has it inverted? Doesn’t matter at this point, and it’s also what the herd looks at, but we provided a graphic anyway. The 3 year – 30 year is still positively sloped, albeit slightly. Want to talk about a true yield curve inversion, how about when Volcker raised short-term rates by 19% in 1980 under Raegan? Long-term (30 year) rates were 5% lower. Now THAT’S a yield curve inversion.

So why stocks? Why, Focus Asset Management, why should I be in stocks after the three weeks of tumult? Well, it certainly depends on a number of factors including, but not limited to, your time horizon, your cash flows, and your goals/objectives. That should be the driver. Notice how we did not include risk tolerance as a reason. We believe this introduces emotion into the equation; when markets are doing well people have higher risk tolerance and flock to stocks. Then, when it’s not doing well, they change to more conservative, fleeing stocks. Said differently, they may buy high and sell low.

Stocks simply do well over the long run. A good illustration of this can be found in the 2019 Ibbotson SBBI Yearbook, which states that large-cap stocks have produced gains in about 75% of the 93 years since 1925. That figure rises to about 85% for rolling five-year periods, and to 95% for rolling 10-year periods. And large caps have been positive overall 20-year periods. Historically, the longer you held stocks, the less like you were to experience a cumulative loss.

Enter longevity and inflationary risk. If the average Baby Boomer retires today, they are expected to live until their late eighties, early nineties. This means a 65-year-old with a life expectancy of 92 has 27 years where they need to produce enough income to not only last through retirement, but also outpace inflation to maintain purchasing power and deal with the rising costs of medicine and healthcare which only increase the later you get in retirement. You will likely need equities. Not only is the case for equities strong, but they also become necessary with such a long time horizon. Shorter time horizon you say? Congratulations, you likely still need equities, but perhaps a smaller allocation to them. If that 65-year-old has a female spouse, she may outlive her male spouse by 5-7 years. Suddenly the 27-year time horizon has been extended to nearly 35 years. That’s why there is no golden answer, and why rules of thumb are just that.

We at Focus Asset Management expect the rest of 2019 to play out well; the bear market will continue, and capital markets should end up double-digits on the year. Expect volatility to continue, and never rule out the possibility of another 10-20% correction. Trust your advisor, and never your gut. If you feel uncertain during these uncertain times in the market, the last thing you want to do is to go it alone. Get a second opinion, stick to your plan and stay the course.

*This content is developed from sources believed to be providing accurate information. The information provided is not written or intended as tax or legal advice and may not be relied on for purposes of avoiding any federal tax penalties. Individuals are encouraged to seek advice from their own tax or legal counsel. Individuals involved in the estate planning process should work with an estate planning team, including their own personal legal or tax counsel. Neither the information presented nor any opinion expressed constitutes a representation by us of a specific investment or the purchase or sale of any securities. Asset allocation and diversification do not ensure a profit or protect against loss in declining markets. This material was developed and produced by Focus Asset Management to provide information on a topic that may be of interest. Copyright 2019 Focus Asset Management.