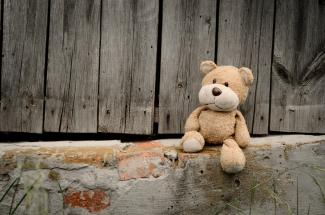 It only feels like it was yesterday (January 2019) that U.S. economists were calling for the end of the bull market and the beginning of the next recession, since this is a bull market that’s just “gone on for too long.” Only bull markets don’t die of old age. Rather, they die of something no one sees coming that wipes $6+ trillion off of global GDP (a “wallop”), or when markets finally cannot keep up with the loftiest of expectations and die a slow death (climbing the “wall of worry”).

Where have all the recession callers gone? Not to be confused with the Paula Cole song.

Fortunate for all of us, the numbers simply haven’t stacked up for a bear market recession, and it appears the “most hated bull market in history” still has a lot left in the tank. The initial unemployment claims as a share of total employment are at their lowest reading ever, and the plow horse economy plows on.

Not to mention today’s U.S. jobless claims report, falling 8000 to 221,000 showing no sign of labor-market troubles. But that’s a boring headline.

Here’s another one: last week, Q1 GDP was reported at 3.1%, and is likely to be revised upwards to the tune of 3.3%. Instead, there is a hyper focus on finding the fly in the ointment: “the slowing economic growth,” which has become the sensationalist narrative. Newsflash: the economy didn’t slow in Q1 as predicted; it was (wrongfully) predicated to slow to below 2% in Q1. That didn’t happen. Even if it had, when you have an economy the size of the United States at a near whopping $21.3 trillion, and after having the highest annualized GDP growth (2018) rate in this bull market, it’s hard to maintain that type of growth. The economy has grown around 2% annualized for the last decade. This was expected, and is backed by monetary policy and money supply growth, which is been the slowest in the last 6 bull markets at an equivalent rate of 2%. Why? Because economic growth has remained at, or around that rate. Remember, markets are foward looking, not backward looking. Interest rates and monetary policy don’t drive growth, growth dictates monetary policy and interest rate policy. Markets have already priced this in; they’re looking forward 12+ months out.

Another great indicator is investor sentiment. As you may recall the famous Sir John Templeton quote: “bull markets are born on pessimism, grow on skepticism, mature on optimism and die on euphoria,” would suggest that - by investor sentiment alone - this bull market has a lot left in the tank. The AAII Investor Sentiment Survey, which as of week-ending 6/26/2019 shows investors are 8.9% less bullish historically, and 1.6% more bearish. Said differently, investors are more bearish than they are bullish. This is bullish. It indicates we are a far cry from euphoria, let alone optimism.

When this bull market ends, likely nobody will remember the “optimists,” but will put the naysayers on a golden pedestal. (Even a broken clock is wrong twice a day.) As far as we are concerned at Focus Asset Management, we do not believe there will be a market in the next 12-18 months.

This report was prepared by Focus Asset Management, LLC,  and reflects the current opinion of the authors. It is based upon sources and data believed to be accurate and reliable. Opinions and forward looking statements expressed are subject to change without notice. This information does not constitute a solicitation or an offer to buy or sell any security.