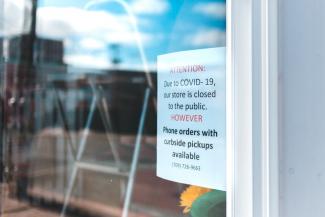 A Note on Economic Data Expected this Week

It's been quite an interesting few weeks of news and new economic data, and we're happy to separate the news from the noise as there is a lot of it. While most will be focused on jobless claims, the real labor-market action will come on Thursday, not Friday, in the coming week in our opinion.

The March jobs report is due to break a streak of 113 consecutive months of payroll gains. We believe this has already been priced into markets. If by some chance March does not end this trend, April undoubtedly will. Due to measurement technicalities around how payrolls are counted, the March jobs report might not be too shocking. Here’s why:

Workers need to be unemployed for the entire pay period containing the 12th of the month to be counted as a lost payroll. As a result, workers who are paid bi-weekly, semi-monthly or monthly and managed to work just a short period at the start of the month will still be considered employed in the nonfarm payroll count. The same would also apply to workers paid on a weekly basis who got paid for even just one hour on March 8th or 9th.

Because of this issue, the March jobs report will vastly understate the extent of labor dislocation occurring as a result of the economic “hard-stop” resulting from containments efforts of the Covid-19 crisis. Instead, the more important information regarding the speed of labor market deterioration will be the weekly data on filings for unemployment benefits (initial jobless claims).

Jobless claims spiked the most on record last week, rising by 3.3 million. The trajectory over the next few weeks will shed considerable insight toward the magnitude of increase in unemployment which could occur throughout 2Q. State unemployment filing systems have been overwhelmed by the sheer volume of applicants, so it is entirely possible that the initial jobless claims tsunami may not have even crested yet.

Last week’s claims filings alone suggest the unemployment rate is due to move toward 5.5% in April from 3.5% in February. Bloomberg Economics’ preliminary forecast for 2Q unemployment is 6.5%, but if a million-plus claims results persist for a few more weeks, the risks will be tilted toward much higher unemployment.

This report reflects the current opinion of Focus Asset Management. It is based upon sources and data believed to be accurate and reliable. Opinions and forward looking statements expressed are subject to change without notice. This information does not constitute a solicitation or an offer to buy or sell any security. Due to technical issues beyond our control, this publication may be viewable in your browser at a time after it's originally publish date.