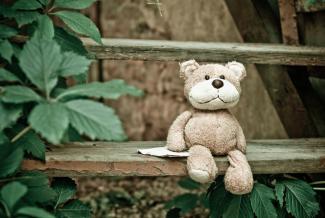 It seems as though the media pundits can’t get over their obsession with the yield curve, the trade war, and now the PMI. Why the PMI? It slipped below 50. That’s the purchasing manufacturing index and is a forward-looking indicator. 50 and above means expansionary, Below 50 means contractionary. What’s it at now? 49.9. Hardly something to panic over. That’s not to say there aren’t more recessionary signs than there were 6 months ago. We are well aware that there are less reasons to be bullish than there were 6 months ago. Or are there? Is it just that the market forgets what happened 6 months ago and finds new things to worry about? We believe so, but it also doesn’t mean we aren’t watching the economy and capital markets. That’s a lot of what we do.

US stocks reversed gains, trading lower today after closing higher on Monday. Why? Heightened concerns of the economy due to the yield curve. The trade uncertainty is still weighing on short-term sentiment, and now some people are worried about the PMI. Remember, negative sentiment is actually a reason to be bullish, not bearish, since the herd is wrong far more often than they are right. Also know that whatever is causing a recession or bear market, likely will not be what they are talking about in the financial news media.

PHILLY FED BULLISH ON THE ECONOMY

According to the Philadelphia Federal Reserve’s recent report on state-level leading indicators shows there is about a 1% chance that we are currently in a recession. You read that right, it means there’s a 99% chance we are NOT in a recession.Over the past three months, the indices increased in 44 states, decreased in four states, and remained stable in two, for a three-month diffusion index of 80. In the past month, the indices increased in 37 states, decreased in nine states, and remained stable in four, for a one-month diffusion index of 56. For comparison purposes, the Philadelphia Fed has also developed a similar coincident index for the entire United States. The Philadelphia Fed’s U.S. index increased 0.5 percent over the past three months and 0.2 percent in July. This is just one of many indicators to monitor, and is certainly one of many to remain bullish over.

So why does all of this matter for the investor? An investor’s biggest risk is not getting caught in a bear market (-20+% & deteriorating fundamentals), or a correction (-10% to -20%, positive fundamentals/sentiment driven). It’s missing out on the rally that is currently underway. I’ll even bet that every client could get out at or near the top of a market, but would they know when to get back in? Not knowing when to get back in could cost investors far more than 20-40% that a bear market could, and while markets recover (as they have for the last 10+ years) investors remain on the sidelines.

Be sure to look for opportunities where others aren’t. Sometimes it just takes being a contrarian to do the opposite of what the herd is doing, but make sure you have a strong research strategy and a disciplined process to that you remain loyally steadfast. Not sure? Add a little bit of a sector or a few companies that you think won’t do well. Sometimes you may be surprised. Always remain humble, and know that you can be wrong. Sometimes, being wrong may pay off big. Since you diversify well, that won’t be a problem. And stay bullish. This market has more left in the tank, and you’ll impress your friends and neighbors when you turn out to be the market expert.

*This content is developed from sources believed to be providing accurate information. The information provided is not written or intended as tax or legal advice and may not be relied on for purposes of avoiding any federal tax penalties. Individuals are encouraged to seek advice from their own tax or legal counsel. Individuals involved in the estate planning process should work with an estate planning team, including their own personal legal or tax counsel. Neither the information presented nor any opinion expressed constitutes a representation by us of a specific investment or the purchase or sale of any securities. Asset allocation and diversification do not ensure a profit or protect against loss in declining markets. This material was developed and produced by Focus Asset Management to provide information on a topic that may be of interest. Copyright 2019 Focus Asset Management.

© 2020 Focus Asset Management All rights reserved.
Check the background of this investment professional on FINRA's BrokerCheck.