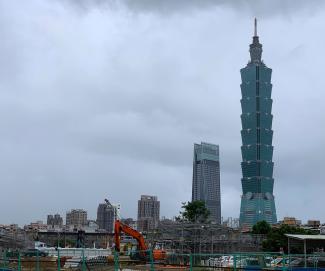 A LESSON IN EXPONENTIALS AND THOUGHTS ON COVID-19

This is an event that is difficult to digest considering we are dealing with a disease that grows/infects exponentially at first. For humans, exponential growth is hard to digest considering it is hard to understand just how fast it is. Just read some of our previous articles, and you will see even we had a difficult time digesting this situation. The difference between us and many of our competitors is that we are willing to admit that.

Data that is reviewed and opined-on / forecasted is immediately out of date, and, as we are writing this, the data with which we are discussing has already “expired” in a sense. Which is why we have found a method which may help extrapolate what has happened and what may happen, and why we are optimistic.

With that being said, what is most important is having a grasp on where we are headed potentially and if we are making any measurable progress. Again, we do not pretend to be epidemiologists, or doctors, rather we are simply interpreting data, assuming you trust the data in the first place.

Unfortunately, when you are in the middle of an “exponential,” it is seemingly impossible to tell when it is going to end, or when you may have COVID-19 new reported infections under control. Knowing when exponential growth ends is incredibly important because it may determine the total reported infection rate.

We by no means are giving a definitive date as to when this pandemic will end, rather we would like to discuss our methods of interpreting the data, which may suggest when a country is showing legitimate signs of improvement in the fight against COVID-19 is incredibly important, and this is something we have been tracking since January 29th, 2020.

We have found that showing total infections over a scale of time is simply not an accurate way of understanding a country’s plummet from exponential growth, which we find compelling. This is a rule of physics, whereby plotting over time is simply not an entirely accurate way of understand the spread of the disease, as the disease doesn’t care if it’s April or December. 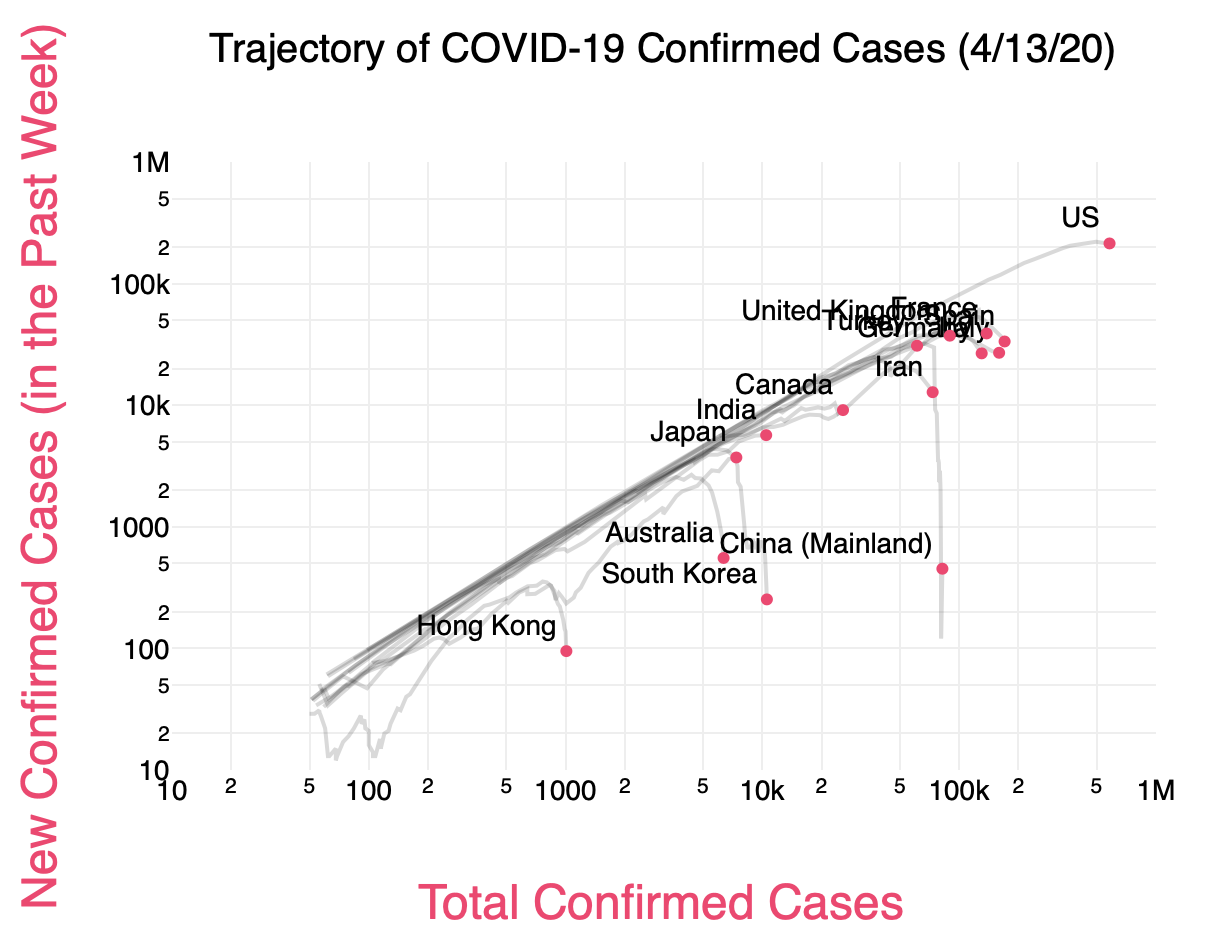 Instead, we look at new confirmed cases in the past week over total confirmed cases. We then graph this over a logarithmic scale, which creates a linear-looking graph. What does a logarithmic graph do? It scales up small numbers and scales down large numbers, creating a linear-type graph as previously mentioned. Here are the results as of 4/13/2020

Unfortunately what this data shows, is regardless of what country we are in, we are all headed in the same direction unless something is done to stop the spread. Period. If Italy and the state of New York are any sign of what’s to come when spread measures are delayed at the outset, circumstances can turn grim quickly and with great magnitude. Beautifully, it shows the success of social distancing and other protective measures

In this graph, what we can see is countries that have dropped off of the exponential curve. Keep in mind we are talking new infections here, not the horrific statistic of those that have passed away. We look at new infections as a forward-looking indicator.

What we notice is South Korea, Australia, China (mainland) and Hong Kong have shown a drastic decline in new confirmed cases.

Italy, Germany, the U.K., France and what appears to be the U.S. are showing signs of slowing in new infections as they slowly drop off the exponential curve.

While this does not take into account how countries react in the future, or how this disease progresses past the “all clear” given by governments on social distancing and other spread reduction measures, it does help us understand what is happening now in almost real-time.

So what does this look like going forward regarding capital markets? The majority of forecasts have changed multiple times in the last weeks as major forecasters adjust to new data. Some are saying this is the most polarized forecast environment ever seen. We aren’t here to opine on that, rather, we are here to focus on the data.

The above data suggest that we as humanity are beating this crisis, but we are not saying by any means that we have fully beat it. We have heard major Heads of Hedge Funds have emotional breakdowns on financial news networks, as well as other CEO’s lose their minds and say lunatic statements such as “[some investors and companies] deserve to get wiped out” in this crisis. We will not name them, because we don’t wish to glorify such lunacy. There is even a source of research that we have terminated due to Directors of Research losing their emotional composure during such a critical time. This is also why we have a dedicated portfolio management team and research team to do the heavy lifting.

At this point, it looks like we are beginning to see the light at the end of the tunnel. We are still in “said” tunnel, and by no means are we out of it yet. Human response will also dictate how long we stay in the tunnel, how soon we get out of it, and regrettably how soon we may find ourselves back in it.

This report reflects the current opinion of Focus Asset Management. It is based upon sources and data believed to be accurate and reliable. Opinions and forward looking statements expressed are subject to change without notice. This information does not constitute a solicitation or an offer to buy or sell any security. Due to technical issues beyond our control, this publication may be viewable in your browser at a time after it's originally published date.