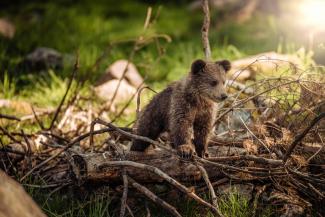 Don’t invest. Go home. Put all your money under the mattress. This market is not in touch with reality. Sound familiar?

There are a slew of new market calls today saying that we are in a “depression” or “<insert scary prediction>,” that the market is highly overvalued, and is thus doomed. Maybe you’ve heard or now actually believe “the market is not in touch with reality.” I don’t blame you since the media and large firms alike are good at opinion marketing...I mean... covering “objective” financial news. Are firms making these claims while still investing their client’s money? I hope not. Or do these firms just misunderstand a “Capital Markets 101” fundamental that markets are forward looking 12-18 months, just like “The Economist” does?

Sir John Templeton once said bull markets are “born on pessimism, grow on skepticism, mature on optimism and die in euphoria.” Remember this saying as we delve into the recent stock market calls of being “way overvalued” or that we are “in a deep depression and don’t know it.”

For some reason, the general public has this fixation that the world and everything as we know it is going down the tubes. Really? Is it? We’ll address that now: It’s not.

Firms and people who are bearish and expect hell is coming, sound like they’re trying to help you. While someone that is an optimist sounds like someone who is trying to sell you something. For some reason, people just like to hear the world is going to hell. Not anyone’s fault - it’s part of our survivalist instinct. Unfortunately, this type of logic does not apply to the disciplined investor, and usually proves devastating for investors that mistakenly sell during market rallies. But it proves lucrative for major firm’s marketing initiatives to woo new clients away from their current (very well-intact) investment strategy. They’re preying on emotion, not logic.

The Hypocrisy (but secretly Bullishness) of PermaBear Sentiment

It’s not shocking then that some major players in the financial services industry have recently become panicky in some of their “objective” market commentary. Or just, more-bearish than normal. Firm names that may-or-may-not end in “Sachs” come to mind with their continuous permabearish statements of doom-and-gloom that may as well state the world is over, and that you need their help. (They have been doing this continuously for years, so let’s not pretend like they can actually call a bear market. To them we are ALWAYS just around the corner from the next bear.)  “Take action!” They wrecklessly exclaim. So, I then ask: is this same company trying to help you, or a company trying to sell you something? Are the same companies suspending all client trades in equities? Putting their client’s money into cash under the mattress even? Or even better, recommending gold? (Read: sarcasm)

Gosh if the world is ending, is cash even useful? Or bonds? How about foreign currency while we are at it? Why aren’t they buying you food reserves and raw land in this apocalyptic environment they’re marketing...er...forecasting? Hmmm. I guess in the same way, if a doctor told you that alcohol is bad, but then prescribes it to you, that’s a good doctor if we’re using this same type of logic.

But “It’s Different This Time”

This is another infamous...er...interesting phrase heard time-and-again around bear markets, but it’s actually a bullish signal for any savvy investor that understands it. “It’s different this time.” You may also hear it as “the new normal,” or similarly “...on the other side.” We aren’t saying the world hasn’t changed or won’t change based on the COVID-19 situation, or that this hasn’t been anything short of a tragedy. If, however, it’s one thing we know very well, it’s that investor behavior hasn’t changed, and that means opportunity for you. NOW.

If it’s one thing history has shown us time and time again, it’s that capitalism will find a way to solve a problem and profit from it. Many people will say capitalism is broken, and that we need (socialism/communism/insert any other government or economy type) as the solution. They also haven’t read “The Wealth if Nations.” But, your job as an investor is not to be an economist, it’s to be an investor. Don’t believe me? Just take a look at pharmaceutical companies (that are normally hyper-competitive) coming together to find a vaccine for COVID-19 right now. Don’t think that’s a good example? What about the 927 billion dollar renewable energy market that’s expected to grow to 1.27 trillion by 2025? For investors that understand this type of optimism, there is almost unlimited opportunity. Why not profit from this by owning one of these (or a diversified portfolio of) businesses?

At this point, it’s expectations vs reality. Period. If everyone seems to think the world is ending, but instead of ending, it’s an abysmally long economic recovery, stocks will rise. This is when you get in - while the herd panics and runs off their own cliff. Sometimes bad news that’s not as terrible as expectations will help markets rise in the short-term, so long as company earnings and growth persist in the long term. They’re a weighing machine in that sense; based on sentiment in the short term and fundamentals over the long term.

After all, stocks are forward-looking as we have discussed many times previously. People will also say that “stimulus” is the only thing keeping this economy running, completely ignoring the fact that the market only cares about earnings, and real growth. Those people aren’t investors, those are the same people that watch the news and let the news do their thinking for them, and who should burry their money in the backyard, or even better, build a fort and buy canned goods as currency. (But seriously, don’t do that.)