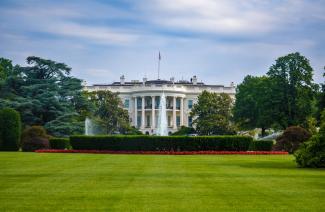 Caution: Very dry content ahead, so we’ve tried to add a few light-hearted moments along the way.

This week the news headlines have been focused on the Impeachment Inquiry launched by the Democrats against President Donald Trump.

(Quick disclosure: we at Focus Asset Management take a politically agnostic, non-partisan look at politics with regard to our research and investment policies/strategies with the purpose of understanding how they may or may not impact markets.)

What does this mean for investors? At this point we have not seen anything other than mass hysteria surrounding the impeachment possibility. The impeachment process has not begun. Focus Asset Management will continue to monitor the situation, and at this time sees no concern for impact on markets outside continued volatility. We urge caution and encourage great thought before making sweeping changes to financial plans, investment strategies and should only be made as goals and individual situations change.

What started off as a firestorm of contradicting reports in the news media, headlines quickly focused on two things as the story developed: 1) a demand for the release of a transcript of phone call between President Donald Trump and the President of Ukraine, Volodymyr Zelensky; and 2) a Whistleblower Complaint with regard to said phone call. With today’s hearing with the U.S. Intelligence Director, Joseph Maguire, in front of the US Intelligence Committee, expect all news media eyes to focus on the hair-splitting details of his testimony. As of right now, the whistleblower complaint is simply an allegation that Donald Trump used his office to solicit interference in the 2020 presidential election.

While this would be a violation of his duties and an abuse of power, as far as we see it, this is a waste of investors’ time to be worried about from an investing standpoint. It is too early to know the outcome, and as a rough draft of the transcript was released yesterday to the public, it seems as though it is more a battle of semantics than a battle of impeachment as of this writing.

We’ve also seen this before. Impeachment attempts of President Donald Trump are nothing new at this point. (cough *Comey* cough) We see the impeachment of POTUS as a possibility, and we certainly don’t see enough yet to call this a high probability or really any kind of probability. Let’s assume for a moment that his impeachment is imminent. What has to happen?

There are currently six committees investigating President Donald Trump and will continue to do so throughout the Impeachment Process. Let’s assume there is enough evidence found to accuse President Trump of impeachable offenses, which moves the process to a hearing with the House Judiciary Committee (currently under Democratic majority). Three previous presidents have reached this inquiry stage: Andrew Johnson, Richard M. Nixon and Bill Clinton. The Nixon and Clinton impeachment processes included votes of the full House authorizing the Judiciary Committee to formally investigate. There are no plans for such a vote now.

Assuming the House then has a majority vote to impeach, 2/3rds of the Senate (currently with a Republican majority) must then vote to remove the President from Office. Clinton avoided Impeachment easily, and Johnson avoided removal from office by one vote on each of the three counts against him.

About the President Clinton impeachment in 1998: And if you’ve read this far, congratulations! Time for a glass (or bottle) of your favorite adult beverage. While there was a correction in the markets that year, the S&P 500 ended the year up, by well over 20%, and continued higher for years. When Nixon resigned (before impeachment), the S&P 500 fell 15%. This, however, had more to do with the Bretton Woods monetary system failure and an oil crisis at the time, that pushed the U.S. into a recession. Nixon’s impeachment alone did not cause the recession, however, it may have slightly deepened it. Regardless, stocks would came back resiliently in 1975 and 1976 where the S&P 500 added 31.6% and 19.2%, respectively.

When all is said and done, only time will tell. But for you as the investor, it's time to take pause, let events unfold, and not make decisions based on a developing story. It is, however, to have a plan and disciplined process of what to do, or not to do, should things go south.

*This content is developed from sources believed to be providing accurate information. The information provided is not written or intended as tax or legal advice and may not be relied on for purposes of avoiding any Federal tax penalties. Individuals are encouraged to seek advice from their own tax or legal counsel. Individuals involved in the estate planning process should work with an estate planning team, including their own personal legal or tax counsel. Neither the information presented nor any opinion expressed constitutes a representation by us of a specific investment or the purchase or sale of any securities. Asset allocation and diversification do not ensure a profit or protect against loss in declining markets. This material was developed and produced by Focus Asset Management to provide information on a topic that may be of interest. Copyright 2019 Focus Asset Management.