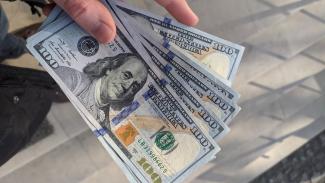 Are Equity Managers Ready for Inflation?

A word from our portfolio management team:

Inflation fears are increasing, even among managers who invest in stocks, which have historically been a good long-term bet to rise faster than the cost of living. While some active equity managers our analysts interviewed remain sanguine, others are reducing cash stakes, adjusting their present value assumptions for future earnings, and prioritizing businesses with pricing power.

There are reasons to watch inflation closely. The government has passed three coronavirus stimulus packages totaling more than $6 trillion, and there is talk of a fourth. Said differently, 40% of US Currency that exists was created in 2020. Commodities, including timber, copper, and corn, are much more expensive, and in April the Consumer Price Index increased by 4.2% over the prior year, its biggest one-year jump in more than a decade and a surprise to at least one top Federal Reserve official. [1]

While that spike may prove transitory, inflation now has a longer leash. Since August 2020, the Fed has said it will tolerate heightened inflation for short periods and try to bring it back down to 2%, on average.

The market has become increasingly worried, according to the breakeven rate for 10-year Treasuries and Treasury Inflation-Protected Securities. Since the Fed’s policy shift, the gap between their yields--a proxy for investors’ inflation expectations over the next decade--climbed from about 1.7% to more than 2.5% recently.

Gold can serve as catastrophe insurance, but it gets more credit as an inflation hedge than it deserves.[2] The price of gold trounced inflation in the 1970s but fell 2.8% per year over the next two decades, while CPI inflation increased 4% annually.

Stocks, on the other hand, have consistently increased long-term investors’ purchasing power, thanks to businesses’ ability to raise prices and create new sources of value. Over rolling 10-year periods measured quarterly, the S&P 500’s return has beaten the CPI in every era dating to the 1950s except for when high inflation reigned from the mid-1970s to the early 1980s and during the depths and aftermath of the 2008 global financial crisis.

Although equities are volatile, their dividend payments fluctuate less than their share prices and can increase. A $100,000 investment in Vanguard 500 (VFIAX) two decades ago produced annualized dividend growth of 7.6%, 5.5 percentage points more than inflation. The dividends totaled nearly $53,000 over that 20-year period, which included three bear markets and multiple corrections. If you didn’t reinvest those payouts, you still would have had about $334,750 left at the end to generate more income.

Its impressive record notwithstanding, the stock market could again struggle to outpace inflation for an extended period. Not every manager thinks so, however. Guy Lakonishok, a quant manager on LSV Value Equity (LSVEX), which has a Morningstar Analyst Rating of Silver, says inflation is likely to be marginal and, if anything, help this deep-value strategy. Inflationary fears often hurt growth companies’ valuations more by reducing the current value of their future earnings, which make up a greater share of their intrinsic worth.

Some managers express their inflationary concern in subtle ways. Gold-rated American Funds American Mutual’s (AMRMX) managers let its cash stake dip to 3.9% in March from its historic double-digit weighting. With cash yielding little to nothing and inflationary pressures mounting, they’re staying more fully invested than in the past.

Bill Nygren’s inflation wariness has led him and the other managers of Gold- and Silver-rated Oakmark (OAKMX) and Oakmark Select (OAKLX) to increase their discount rate for companies by 2 percentage points relative to what the bond market currently implies. For context, $100 five years in the future discounted 10% annually would be worth $62.09 at present. That value would drop to $56.74 with a 12% discount rate.

Michael Kass of Bronze-rated Baron Emerging Markets (BEXIX) thinks developing-markets stocks will benefit from a weakening U.S. dollar. In his view, an inflationary upside surprise is likely enough that he has taken profits from secular growth stocks that have run up and moved those profits into more-cyclical companies.

Among the managers we surveyed, inflation is of greatest concern to Matt McLennan and his comanagers on Silver-rated First Eagle Global (SGIIX) and First Eagle Overseas (SGOIX) as well as Bronze-rated First Eagle U.S. Value (FEVIX). McLennan and team worry that technological advances, globalization, and central bank policies won’t be able to tame inflation to the extent most assume. Thus, each strategy’s most recent portfolio has a roughly 10% gold weighting as a hedge against calamity, including a surge of inflation. They are also focused on firms with strong market positions, often backed by real assets such as timberlands.

Whatever happens with inflation over the coming decades, investors should pay greater heed to their portfolio’s real rather than nominal return. It is only the former that will matter in the end.

*This content is developed from sources believed to be providing accurate information. The information provided is not written or intended as tax or legal advice and may not be relied on for purposes of avoiding any Federal tax penalties. Individuals are encouraged to seek advice from their own tax or legal counsel. Individuals involved in the estate planning process should work with an estate planning team, including their own personal legal or tax counsel. Neither the information presented nor any opinion expressed constitutes a representation by us of a specific investment or the purchase or sale of any securities. Asset allocation and diversification do not ensure a profit or protect against loss in declining markets. This material was developed and produced by Morningstar with Focus Asset Management to provide information on a topic that may be of interest. Copyright 2021 Morningstar & Focus Asset Management.